It can be argued that water resources development and management in Odisha is governed by whims rather than institutions. The election manifesto (2014) of the party ruling the state presently promised to add 10.00 lakh hectare (ha.) land of irrigation coverage in next five years. This is the only document which can be referred to as ‘perspective plan in water sector’ so far. But even after a year of being re-elected, a five year blue print on water resources is yet to materialize. It is therefore compelling to ask whether water management issue has lost its previous glory as a priority agenda under the present government. It is expected that on March 22, which is celebrated every year as International Water Day across the world, the government would announce its vision on water governance for Odisha.

The Oriya proverb ‘too much and too little water destroys the creation’ is now arguably applicable to water resource management sector in Odisha. As an institution steering water resource development process in the state, the Department of Water Resource (DoWR), which is directly under the Chief Minister, is fast losing its relevance and credibility. After a moment of ‘stall’ during election last year, the water sector development process seems to be ‘stagnant’ now. While the DoWR has evolved much from its narrow focus of ‘only infrastructure building’ to ‘water resource governance’ since 1996, in practice, the DoWR has been evolving as an agency to facilitate only industry based economy of the state.

There is a lack of coordination between constituent organizations within DoWR as well like the Major and Medium wing, Minor (flow), Lift Irrigation Corporation, Command Area Development & Water Management, Rehabilitation and Resettlement (R & R) and Land Acquisition unit and Ground Water Survey and Investigation unit. While Odisha is one of the first states in India to approve integrated water resource management (IWRM), there is hardly any co-relation between DoWR and other Departments such as Revenue and Disaster Management, Forest and Environment. After all, the DoWR’s accountability for last five years (2009-14) has remained unquestioned so far as the portfolio comes under Chief Minister.

It may not be wrong to assume that the State Planning Board and Water Resources Board have now become customary bodies existing only in paper. The Irony is that there are a number of action plans for development of water sector But the mandate and agenda suddenly drifts with the change of bureaucratic leadership. The failure to implement the past plans needs to be evaluated by the leadership before it embarks upon other fresh ideas.

The first State Water Policy (SWP) came in 1994 after the National Water Policy (NWP) of 1987. Similarly, followed by 2002 NWP, the government approved 2007 SWP. Now, the 2012 NWP has not been able to entice the state government to either accommodate or have a new SWP as per the needs of the State. Consequently, the SWP (2007) is in a state of paralysis. The Perspective Plan for 2009-2014 too is gathering dust. Similarly, the State Water Plan (2004) has neither been revised nor evaluated for targeted achievements.

Thus with a non-existent water vision, the additional 10.00 lakh ha irrigation coverage is tentatively accepted at present as sole water related agenda. This will be achieved till next election in 2019 by expanding 2 lakh ha Major and Medium irrigation, 0.76 lakh ha of minor (flow) irrigation, 2.41 lakh ha of Mega lift and 0.83 lakh ha Minor (Lift) irrigation with 4 lakh ha deep bore well. As of March 2009, out of the total cultivable land of 61.65 lakh ha., 46 % i.e. 28.345 lakh ha. had been provided with irrigation facilities. At the end of March 2014, the government added up to 54 % of total arable land, i.e. 33.123 lakh ha. with irrigation facilities. It means that during last five years there has been approximately 8 percent increase in irrigated land.

Additionally, to rationalize irrigation development in the state, the government has decided to provide irrigation facilities to at least 35% of the cultivable land in each block under a Master Plan. However, its own preliminary scrutiny reveals that irrigation coverage in 198 blocks is less than 35% of the cultivable area. The latest government statistics indicate that several blocks are yet to be covered in absence of any proper checks.

In fact, there is a tremendous gap between the Irrigation potential created and utilized. Poor irrigation efficiency in the state is due to bad management of distribution system by both the stakeholders — farmers and the government. The condition of the canals and distribution system throughout the state speaks volumes about poor management. With Participatory Irrigation Management (PIM) given the driver’s seat for more than a decade in the name of Pani Panchayat, suddenly the programme has been driven to the oblivion. Benchmarking of projects and volumetric water supply as better irrigation governance tools have never come out of planning sheets. Progress of work in the on-going major and medium irrigation projects is not commensurate with the amount being actually spent.

On the other hand, the total storage capacity in the State has also not increased remarkably since 1996-98 when the Upper Indravati project was commissioned. After 17 years, the on-going projects, at best, may add merely 1.77 BCM (Billion Cubic Meter) of water to existing storage capacity of 17.00 BCM. To increase the storage and utilisation of its own share of water in case of inter-state rivers, the DoWR must engage proactively with neighbouring states. This will certainly pave the way for settlement of water disputes and comprehensive development of water sector in the State. Perhaps, the DoWR or Chief Minister has been shying away from face to face negotiation with adjacent neighbouring states on water disputes. Since 1946 the leaders of Odisha have shown successful negotiated outcome on inter- state water with other neighbouring states by protecting interests of Odisha and its people. As we move forward, Odisha will definitely face increasing inter-state river disputes. The government must find a long term approach to deal with Polavaram and Vamsadhara- like skirmishes in near future.

The DoWR is putting large chunk of budget for new schemes in haste, which includes check dams, deep bore well schemes, mega lift schemes etc. These projects are linked with political dividend rather than the actual development because of uncertainty in terms of their sustainability. The need of the hour is periodical review of the status of irrigation infrastructure which are already created to put them in public domain. The updated status of water utilisation statistics for various sectors are yet to be placed in public domain. Revising and updating the Orissa Irrigation Act, 1959 and Rules 1961 may also be thought of as one of the priority issue.

Odisha has been facing a daunting challenge to rescue its population from waterborne diseases. Rapid urbanisation and climate change will make the situation more severe in coming days. The sustainable water management must not be restricted to papers with external funds or mere sloganeering. It is long overdue that the government unveiled an inclusive sustainable agenda of water management at the earliest. 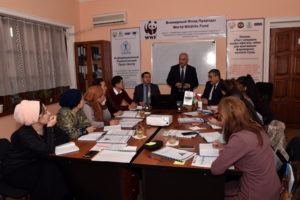 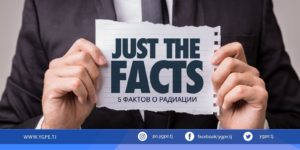