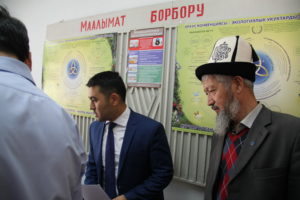 BISHKEK, 14 September 2016 – The Office of the OSCE Co-ordinator of Economic and Environmental Activities (OCEEA), the OSCE Centre in Bishkek and they Aarhus Centre in Osh today opened the first Public Environmental Information Centres (PEIC) in the towns of Mailuu-Suu and Shekaftar of Jalal-Abad region in southern Kyrgyzstan as well as in Min-Kush, Naryn region, in the northern part of the country.

The centres aim to raise awareness among local residents on risks associated with proximity to uranium legacy sites and remediation works conducted by international donors.

The opening of the centres will help the donor community and the Aarhus Centre in Osh extend their outreach to these environmentally-exposed areas. Local residents will be able to obtain official guidance and raise their concerns regarding operations underway. The experts serving at the centres — trained by the Aarhus Centre in Osh — will provide locals with information on the risks associated with living near contaminated areas.

Edoardo Da Ros, Economic and Environmental Officer at the OSCE Centre in Bishkek, said that the international donor co 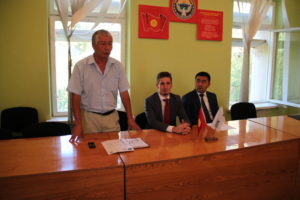 mmunity is stepping up its efforts to secure the livelihood of residents in areas compromised by uranium mining and exploitation in Kyrgyzstan. “The establishment of PEICs is vital to provide donors with a permanent presence in the area,” he noted.

“The opening of PEICs will increase the environmental security of thousands of families living in Mailuu-Suu, Shekaftar and Min-Kush,” said Kanybek Isabaev, Director of the Aarhus Centre in Osh. He noted that currently most of the families are unaware of the risks stemming from grazing livestock on contaminated pasture. 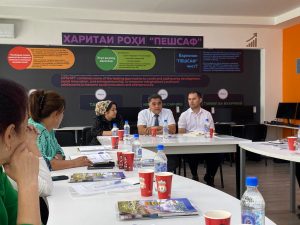 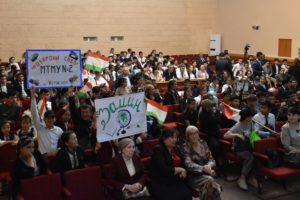